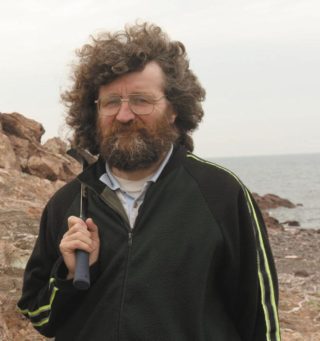 Prof. Brendan Murphy is currently visiting the Earth Dynamics Research group at Curtin University as a Haydn Williams Fellow. He will be spending two academic terms with the department, one in early 2017 and another in 2018, as part of his 12 month sabbatical leave from St. Francis Xavier University in Canada. He will work with the various interlinked research groups at Curtin and give seminars, public lectures, and workshops on various topics. As recent editor of GSA BULLETIN and current editor of GEOLOGY, he will conduct a special workshop on behalf of the Geological Society of America on how to publish in GSA journals. Such workshops conducted elsewhere in the past have been very popular.

Brendan Murphy has been Professor of Geology at St. Francis Xavier University since 1982, with sabbaticals in Oxford, UK (1990), Berkeley, California (1996-7), UWA (2001), and Salamanca, Spain (2005). He is a world leader in supercontinent and orogenic research, having published more than 280 research papers with 6700+ citations and a h-index of 45. He is currently a Since (Chief) Editor of GEOLOGY (#1 journal in the discipline), was the former Science (Chief) Editor of GSA BULLETIN and GEOSCIENCE CANADA, and is on several other editorial boards. He was elected fellow of the Geological Society of America in 2012, and has won national and international awards for research, service and outreach; the most prestigious award is the Killam Research Fellowship, which is awarded annually to six academics in Canada and “supports scholars engaged in research projects of outstanding merit in the humanities, social sciences, natural sciences, health sciences, engineering and interdisciplinary studies within these fields”.